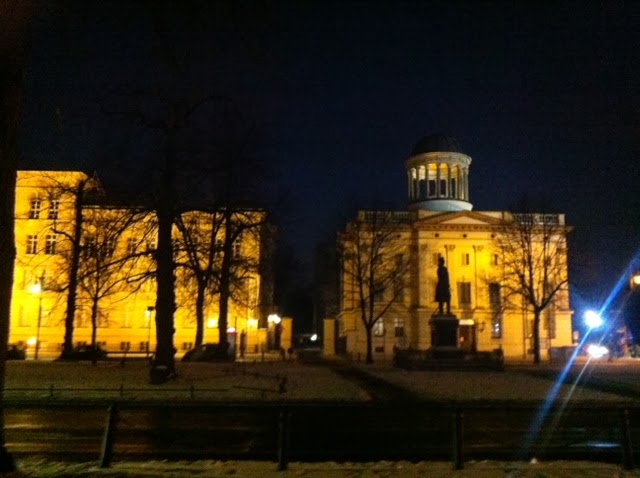 Opposite the gold-spangled Schloss Charlottenburg, tucked behind the solid walls of a former Prussian officers’ barracks building, lives a rich collection of modern works from the 20th century.

Pablo Picasso is the undoubtable hero at Museum Berggruen. More than 100 drawings and paintings span this modern great’s artistic career from childhood sketches to his Blue and Rose periods, through his ground-breaking journey into Cubism, and up to his death in 1973. Complementary to this, an impressive accumulation of 70-odd works by Paul Klee provides a sweeping view of the artist, backed up with a number of pieces by Georges Braque, Henri Matisse and Alberto Giacometti.

The collection is the stunning acquirement of private collector Heinz Berggruen, whose accumulation of over half a decade was first loaned and then sold to the National Galerie for permanent public exhibition.  The Museum Berggruen opened its doors in 1996.

There’s no grand announcement of the museum; no large renovated, windowed entrance. Just a wooden door with a gold plaque. An understatement that belies what lies behind. The building itself was built in the 1850s by architect Friedrich August Stüler, who is also famed for designing Berlin’s Neues Museum and Berliner Stadtschloss. The strong neoclassical exterior of the old barracks is topped with a cupola, which provides a nice mirroring of Schloss Charlottenburg’s famous dome across the street.

There were few other gallery-goers on the day of my visit, which emphasised the quietude and intimacy of this building. The architecture itself focuses on a spiral staircase around a ground-floor atrium leading to the fantastic glass-roofed cupola. Don’t forget to look up, of course, but neither forget to look back down from the upper levels for a full sense of the design. The exhibition space itself, runs a loop around the building, which brings a nice fluidity to the viewing, as if one is really moving through the artists’ timeline.

One of the fascinating aspects is the competitive yet mutually inspiring artistic dialogue between Picasso and Georges Braque during their Analytic Cubism phase. As a result, some of their works are almost indistinguishable. The signature use of musical instruments; letters and words inscribed in the works; bottles and glasses; and playing cards are present in the work of both artists, as is the conceit of objects upon a table top. The monochromatic neutral tones – browns mostly – and crystal-like composition provide multiple dimensions and views into the objects, fragmented as they are to the point of scarce recognition.

Picasso was a figurist at heart, however, and despite this Cubist style that took him to the edge of abstract art, he never journeyed over the line into pure abstraction. His portraits, especially those of Dora Maar, his lover of seven years from when he was aged 55, are powerful and deep works that show the complexities of her character.

The journey through Klee’s many canvases is an unmissable journey through both the delight and darkness of this artist. He developed a particular use of symbols (the arrow, for example) and almost child-like way of rendering figures. A versatile and highly trained artist who once taught in the Bauhaus school, Klee’s abstract blocks of colour and pointillist words are as arresting as his collages and line drawings.

Extensive renovations saw the opening in March 2013 of the adjacent Kommandantenhaus, joined by a glass corridor, and designed to display the full extent of the museum’s collection. Misfortune hit, however, when mould was discovered beneath the roof just months after the opening. The annex has been closed since October 2013 and is expected to remain so for a year.  On our visit, the Klee collection had been moved temporarily across the road to the Sammlung Scharf-Gerstenberg.

Posted by little collisions at 9:58 PM 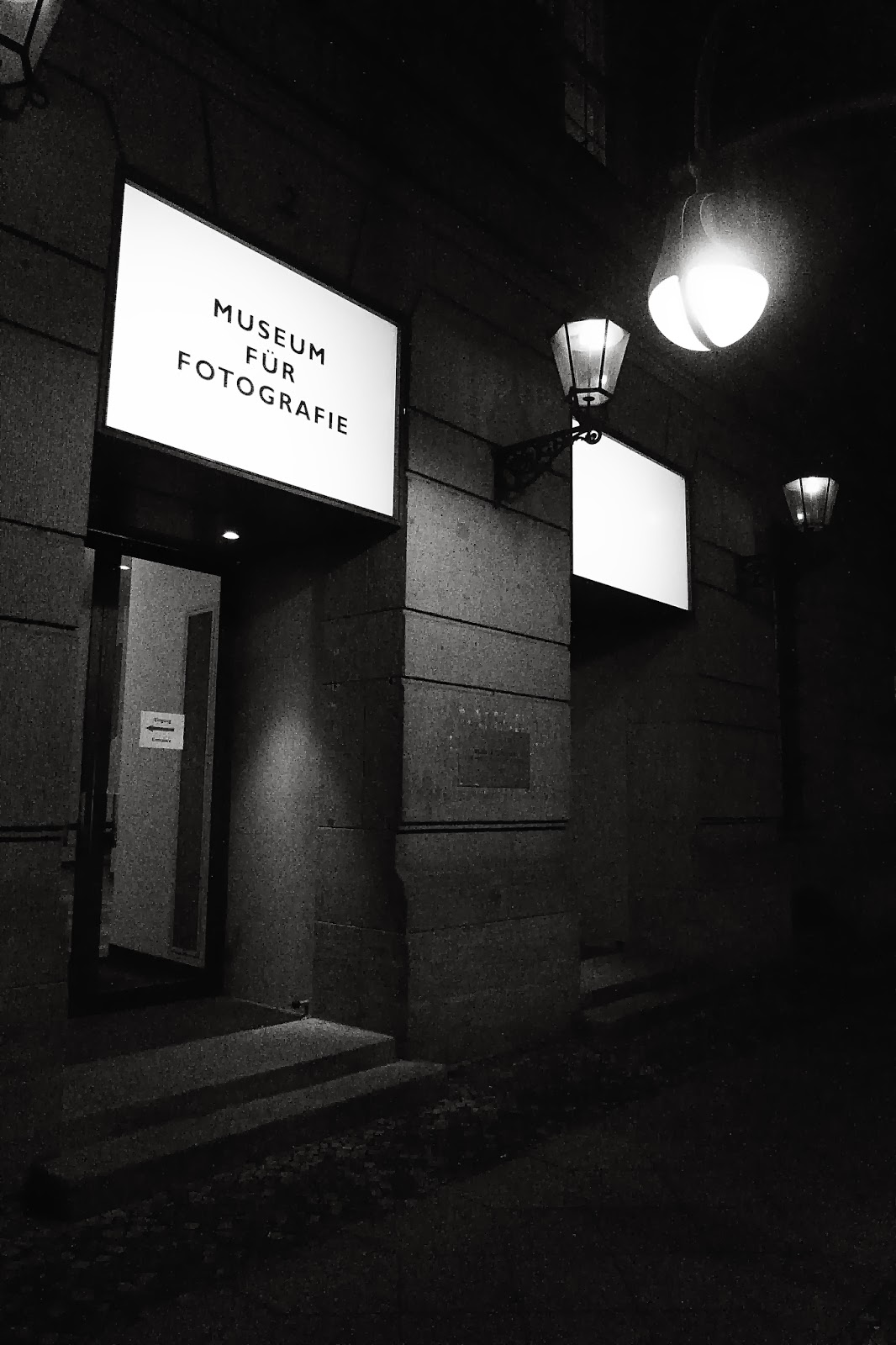 He caused scandal in Berlin in 1963 for photographing a model dressed as a spy being arrested at the Berlin Wall. His shot for a hosiery billboard, of a model naked bar stockings, was banned in New York in the ‘80s for being too explicit.

German-Australian photographer Helmut Newton was a self-described ‘gun for hire’, who claimed his photographic work was not art, but whose provocative images stylistically and thematically pushed boundaries. In the context of this museum, however, his creative presentations cannot help but be viewed as art, collated as they are under the one roof.


Read my full review of the Helmet Newton Foundation exhibition at the Museum für Fotografie in Civilian: www.civilianglobal.com.
Posted by little collisions at 7:45 PM No comments:

a month of museums

For the brief summer months, life here is lived outdoors. The sun sets late and rises early. Pale-skinned Berliners haul couches onto the streets, and eat and drink and chat into the early hours, absorbing as much warmth and light as possible.

The canal is lined with picnickers, the grass covered in the half-clothed forms of relaxed beer drinkers, and the air takes on the pungent smell of grilled meat cooked on portable barbeques.

Life in summer is relaxed, joyous. It’s a crime to spend a second indoors longer than is necessary. The pressures of work fall away. House-bound activities are postponed. For a few months, this city is heaven. And then, the days grow darker, the touch of cold grows stronger, and Berlin hunkers down.

When the fog falls across the rooftops like a damp, grey blanket, it’s time to head indoors. This is where Berlin’s stature as a top European art destination becomes apparent.

It’s January. Mid-winter. And though it has been a mild season this year, so I am told, there is little that wills me to linger long outdoors. My attention turns inwards, to writing, and to art.

Thus begins a month of museums. 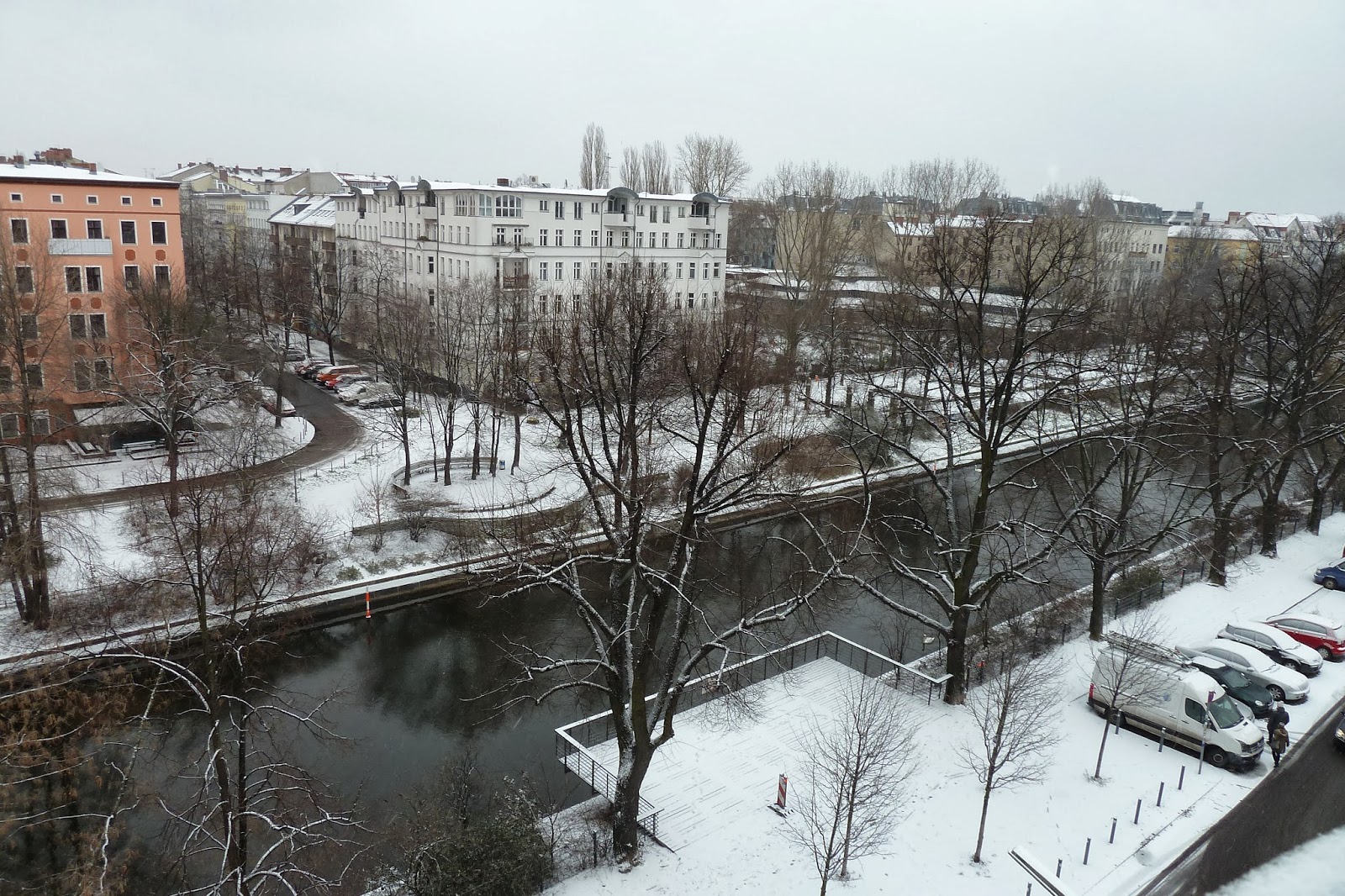 Posted by little collisions at 5:08 AM