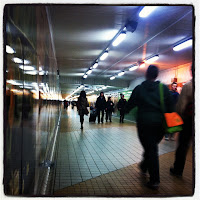 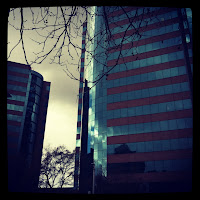 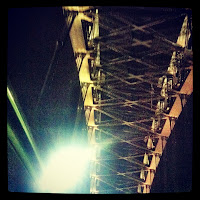 Insta-city
This month involved a brief sojourn in Sydney, where time was spent supping coffees in schmick Surry Hills cafes, eating copious dumplings and exploring the 18th Biennale of Sydney (http://bos18.com/). I walked the city one cold afternoon, taking Instragram photos for Lonely Planet (@lonelyplanet, @littlecollisions). When you're a regular visitor to a city, it's easy to veer towards a jaded and flat encounter, but with camera (or, rather, iphone) firmly in hand, I felt a revived enthusiasm, and set off to discover the city as if for the first time. Emerging from Central Station, the most prosaic of Sydney transit points, I had that famous Proust quote in mind: The real voyage of discovery consists not in seeking new landscapes but in having new eyes. A wet and wintry city is a ripe setting for architecture, interiors and light. No change to preoccupation, then, in this new voyage. 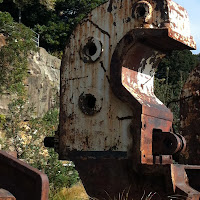 Cockatoos and Convicts
Did you know there is an incredible industrial and historic relic of an island sitting plump in Sydney Harbour? Maybe you do if you frequent the Balmain ferry route or have headed there to watch the New Year’s Eve fireworks. Information about the island’s Aboriginal history is scant, but it was known by local indigenous people as Wa-rea-mah, and later Biloela, meaning ‘cockatoo’. The island is an eerie place, scattered with remnants of its various personas as convict penal colony, school for wayward boys and orphans, and government ship yards. You can easily imagine the ghosts of men in chains from almost 200 years ago, toiling to blast the cliff and excavate the dock area. It’s a brutal history that offsets the maritime success achieved through the ships constructed in the island's workshops and launched into the bay. 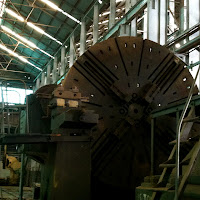 ____________
Modern artscape
One of the island’s modern incarnations is as a location for the Biennale of Sydney. The juxtaposition of an industrial and historical site housing contemporary art creates a fascinating yet unsettling context for the installations, housed in warehouses, old grain silos and set along pitch-black tunnels through the cliff. Cranes and industrial machinery along the wharf and around the island take on a creative appearance, tall and poetic as sculptures. Looming on long legs, they appear almost humanesque. Functional objects that transform into artistic spectacle and comment. The interplay between historical and modern occupation was acknowledged, intentionally or otherwise, in several exhibitions at the Biennale. It was these works that referenced the layering of historical transformation and the container of the art itself – chiselled tunnels, industrial-sized cogs and winches, giant steel frames and parts I couldn’t name a purpose for – that I found most engaging. Here, too, the journey became one about having new eyes. About reinvention.
____________
The pieces 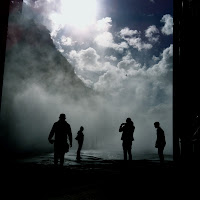 Chasm, by Fujiko Nakay, involved an artificial mist periodically ejected in great bursts from the cliffside near the entrance to Building 150, itself once a turbine shop and brass foundry. The mist's eruption against the afternoon sky when viewed from the darkness inside the warehouse created a magical scene of silhouettes as people interacted with the piece. Morphing forms would appear and then disappear without a trace. 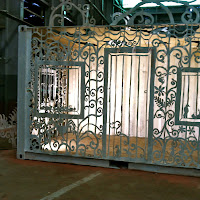 Inside Building 150, against a constant electronic soundscape tumbling and crashing, the beauty and symmetry found in the industrial machinery was poignantly referenced by Cal Lane. Lace designs in red sand, an odd contrast against the concrete flooring, led to a white lattice-work shipping container, resembling a large, elaborate bird cage. 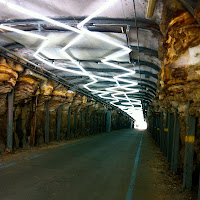 Jonathan Jones' untitled light installation through Tunnel 1 cut a jagged path through the cliff, created a metaphoric connection to the convict chiselling once done to create this corridor.

Outside, the weather was suitably tempestuous and unnerving – gloomy clouds threatened, dissipated to blue, reformed, then erupted into showers and downpour before clearing, only to repeat throughout the day. My day at the Biennale involved constant transformations and new perspectives on a fantastic hybrid island beneath shifting skies.

Posted by little collisions at 3:33 PM No comments: